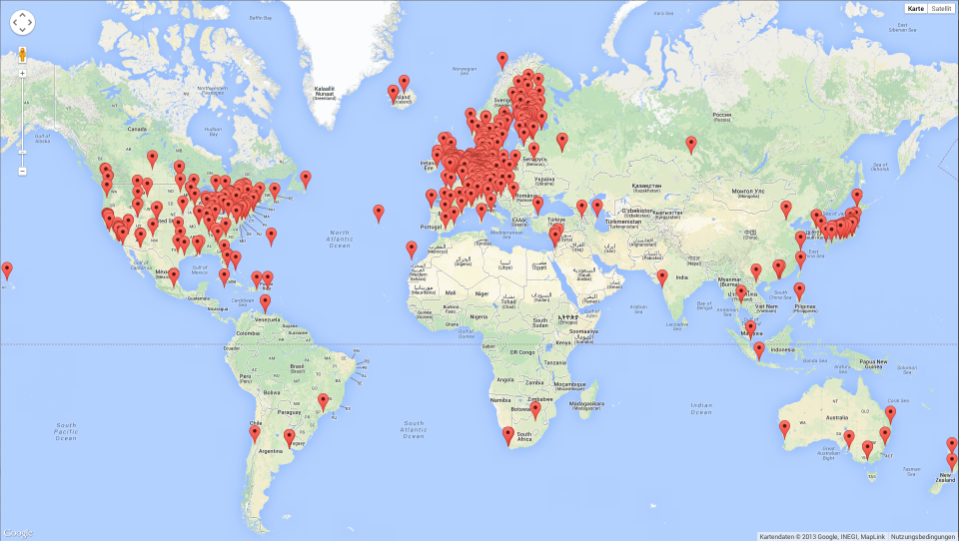 This was one of our Google Summer of Code projects for this year and many thanks to Nicolás Tamargo for his work on it. We released his work a few weeks ago and after a few initial hiccups, it’s looking good and we want to let you all know about it. 🙂

So what can we do with places?

The most obvious thing we can do now is store information about recording, mixing and mastering locations.

For example, the studios listed in the credits for Universe by Kyoko Fukada:

and the venue for the recordings on Live in Cartoon Motion by Mika:

We can of course link the place to a variety of external sites, as can be seen in the list of URLs for Wembley Arena:

Some places are made up of several parts. In those cases, we can link one place as being part of another. For example the various studios at Abbey Road Studios:

or the hall and theatre of the Barbican Centre:

We were already able to add engineers to the database as artists, now we can also say which studio they work at, as seen here for the studio Railroad Tracks:

Many orchestras and sometimes other artists have a home venue where they perform on a regular basis. These can now be linked, like in you can see for the Barbican Centre: Barbican Hall:

A premiere is sometimes held for a work and now we can link those works to where the premiere was held, e.g. the following works which were premiered at Carnegie Hall:

The place can also have coordinates, which make it possible to pinpoint the location on a map. The MusicBrainz website doesn’t show any maps at present, but here’s a map of all places with coordinates by Mineo:

No, we do not yet support events.

This site uses Akismet to reduce spam. Learn how your comment data is processed.